Donation to Prinses Máxima Center the crown on 160th anniversary celebrations.
€ 16.649 raised through auction and gifts by employees, customers and partners.

On the 20th of May CEO Maarten Goos handed over a check worth € 16.649 to Renske Leyenaar- van de Wolfshaar at the Prinses Máxima Center. The sum was raised during several festive activities from 9 to 14 May. The earnings from a special auction of ‘Dancing Queen’ Alstroemerias were doubled and added to the contributions from employees, customers, and partners.

Maarten Goos says: “This is a joint donation from employees, partners and customers. The handing over of this check to the Prinses Máxima Centre for pediatric oncology, a gift from our network, is the crown on our anniversary.”

Festivities with customers
On May 13th, Royal Van Zanten welcomed almost 150 Dutch customers and partners at their facilities in Rijsenhout, where the 160th anniversary was celebrated. Many of the guests made a contribution to the Prinses Máxima Center on the spot.

Commercial Director Rick Kroon stressed the bright future for the company during his speech: “An anniversary is a moment to stop, reflect and evaluate. It is thanks to our customers that we are here. I joined Royal Van Zanten recently, but I have come to know a passionate, powerful company. This company has all that it takes to continue passing on passion for another 160 years. That is a great reason to enjoy a good party together.”

Family day
On May 14th, all Dutch employees and their families celebrated during a sun-blessed family day. There was entertainment, good food and the opportunity for employees to show their workplace to family members. Many of the employees have also contributed for the Prinses Máxima Center. 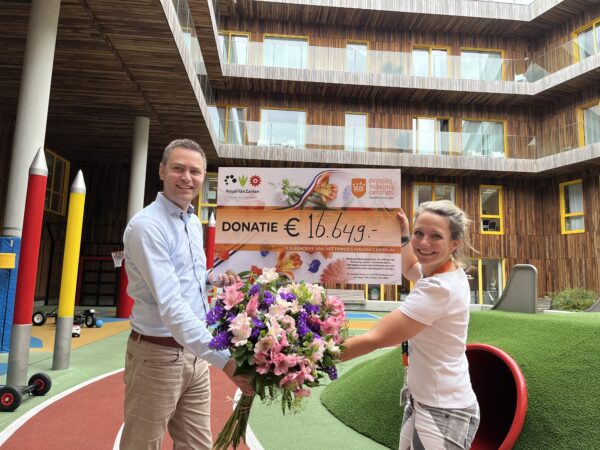