It has been 75 years since Royal Van Zanten first started breeding Freesia.
Its breeding programme has seen many successes and high points over the years. This year is in fact a double celebration: besides marking 75 years of Freesia breeding, Royal Van Zanten’s Freesia Vivre™ has won the Goemans Trophy, presented this week at Van den Bos Flowerbulbs. The award shines a light on the passion Royal Van Zanten demonstrates for Freesia every day.

Freesia Vivre™ wins Goemans Trophy
The Goemans Trophy rewards the efforts and passion that have characterised Royal Van Zanten’s work every day for the past 75 years. The white double-flowered Freesia Vivre™ is intended for a large segment and is high yielding. This newcomer can be grown uniformly and effectively. It is an extremely stable variety for the future with a high consumer value. The flower has a vase life of up to 14 days. Freesia Vivre™ is three weeks faster than conventional varieties, with uniform, strong branches, and should also be suitable for warmer regions. Freesia Vivre™ is exclusively available from Van den Bos Flowerbulbs, a company that constantly makes an important contribution to propagating and developing Freesia. Royal Van Zanten’s exclusive collaboration with Van den Bos Flowerbulbs has ensured optimal cross-pollination for many years. 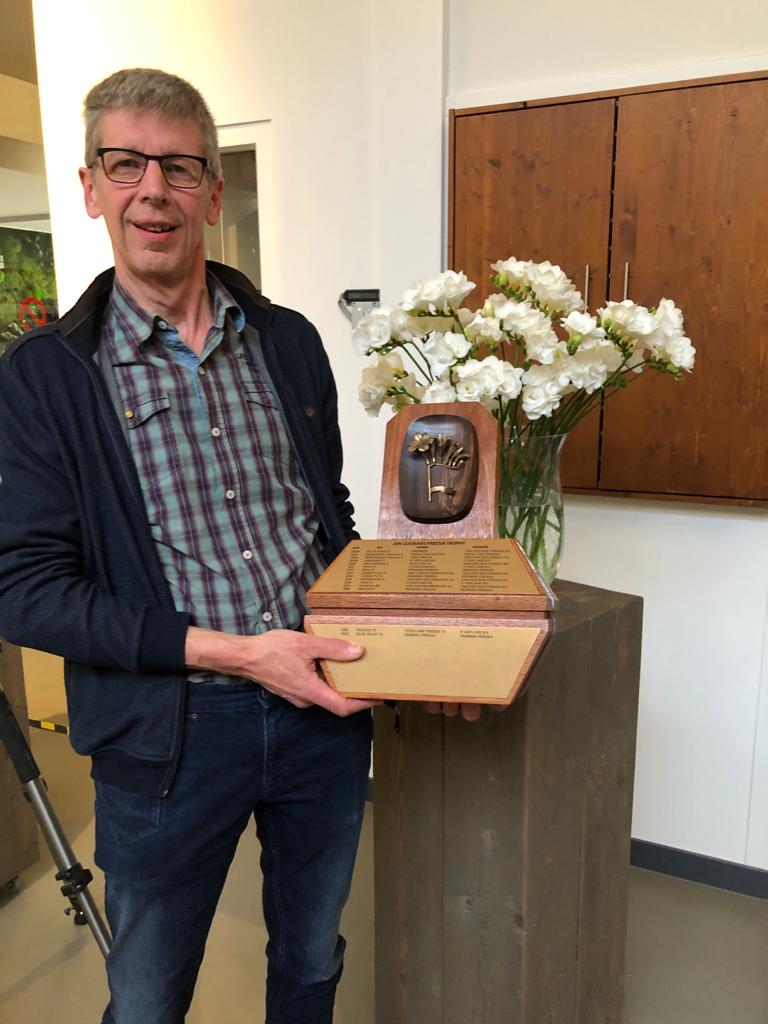 Freesia highlights in history
Freesia was first described by the botanist Johannes Bürman in 1768. Royal Van Zanten began breeding Freesia in 1946, after the war, and went on to introduce its first double Freesia, Fantasy®, in 1962. The focus over the next few years was on virus-free varieties. Production is another area in which the horticulture industry has not stood still, and in the 1980s we saw the arrival of assimilation lighting, which impacts positively on Freesia. In subsequent years Royal Van Zanten developed varieties with a long vase life and rapid growth, including the Rapid® Series.

The past 25 years
Over the past 25 years, enormous strides have been made by combining innovative production techniques and breeding programmes. Several well-known varieties were developed at Royal Van Zanten during this period, including Soleil®, Belleville® and Essence®. The development of heat-tolerant varieties also continued, resulting in the Beach® Series, which is at this moment also suitable for forced cultivation. The past ten years have been characterised by these developments, with plants being grown sustainably and in completely closed growing systems, a cultivation method designed to give growers full control over the crop. With this method, we no longer see any difference between spring and autumn cultivation, and Freesia with foliage will make its appearance. Besides these new developments, Royal Van Zanten invests constantly in greenhouse cultivation, a fine example of which is the new double white Freesia Vivre™.